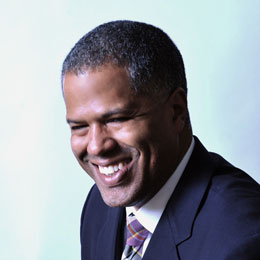 Guy Primus has spent his career combining his two passions–technology and entertainment.

Prior to joining Hero Ventures, Guy served as Chief Operating Officer at Overbrook Entertainment, the film and television production company founded by producer James Lassiter and actor/producer Will Smith. While at Overbrook Guy co-founded and served as managing director of Tentpole Ventures, a seed-stage technology investment fund that focused on consumer lifestyle companies.

Guy serves on the boards of directors of SocialHush, a mobile and web-service application that helps prevent “twegrets”– those regrettable posts to social media and Harlem Athletic Club, a company that makes works-class sports and fitness instruction available to the masses. Guy is also on the advisory boards of JibJab Media, a leading provider of digital greetings and online entertainment, MoviePass, a subscription service heralded as the “Netflix for movie theaters” and Loom, a company that is building mobile syncing solutions for media files. Guy earned his bachelor’s and master’s degrees in industrial engineering from Georgia Tech and his MBA from Harvard Business School. He is also member of the Georgia Tech Advisory Board and the advisory board of Georgia Tech’s School of Industrial and Systems Engineering.

Prior to Overbrook, Guy was Director of Digital Media at Starbucks where he was responsible for setting the strategic direction of Starbucks’ digital entertainment initiatives. Guy has also served as Group Product Marketing Manager at Microsoft, where he oversaw marketing and revenue advertising for MSN Entertainment. “The Scenario”, which Guy conceived for Sprite while at Microsoft, was named Best Branded Entertainment Campaign at the 2005 ad:tech awards. Before joining Microsoft Guy worked at Bad Boy Entertainment, where he served as Vice President of Strategy & Planning for Blue Flame, the marketing and advertising agency founded by Sean “Diddy” Combs.

Guy’s passion for technology and entertainment has resulted in experiences that range from being a patent-pending inventor to serving as A&R for Universal Music recording artist Anjulie. Guy’s success in the worlds of media and technology led to his selection as a CUP Catalyst by the Council of Urban Professionals and being named to Georgia Tech’s Council of Outstanding Young Engineering Alumni. In 2013, Guy was honored with the prestigious “Captain of Industry Award” by the Institute of Industrial Engineering.